With Citrix Virtual Apps and Desktops CR 2109 or LTSR 1912 CU4 or later, the Virtual Channel Allow List must be configured to allow the deviceTRUST virtual channel.

There are two options to configure the virtual channel allow list for enabling deviceTRUST in a Citrix Virtual Apps and Desktops environment:

The first is the recommended solution, as it complies with Citrix’s idea of virtual channel security. However both approaches are described here.

Both settings need to be set on the VDA level. The required configuration can be found in the Citrix farm policies. The setting’s name is Virtual channel allow list. 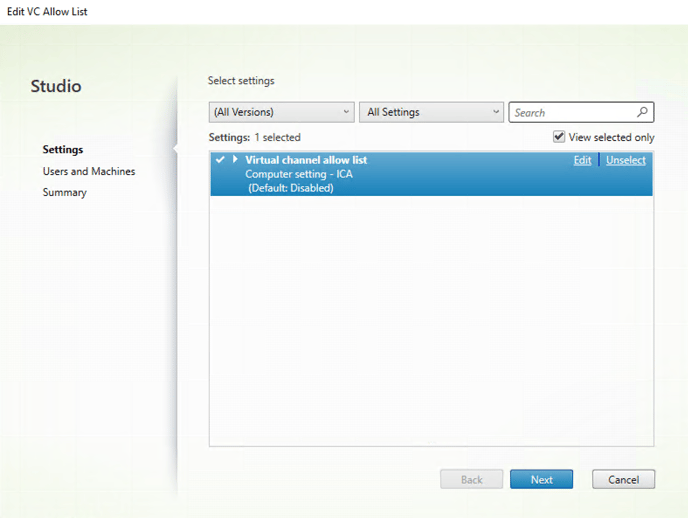 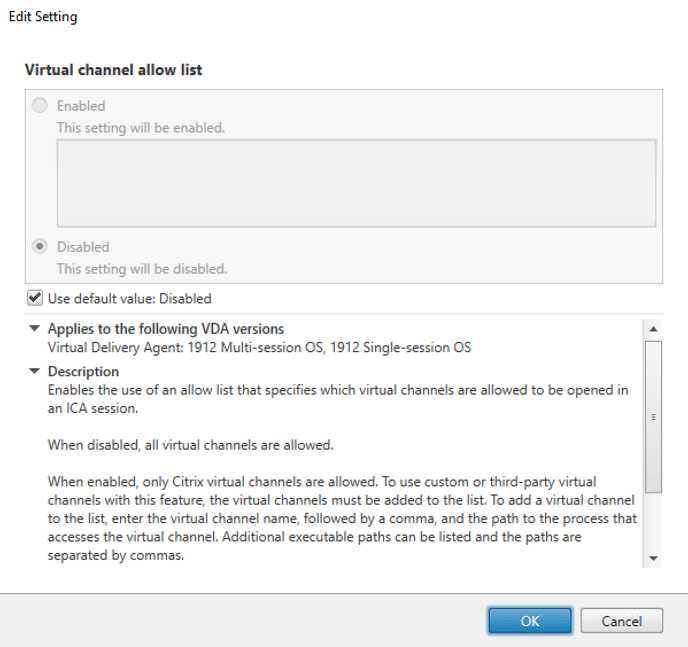 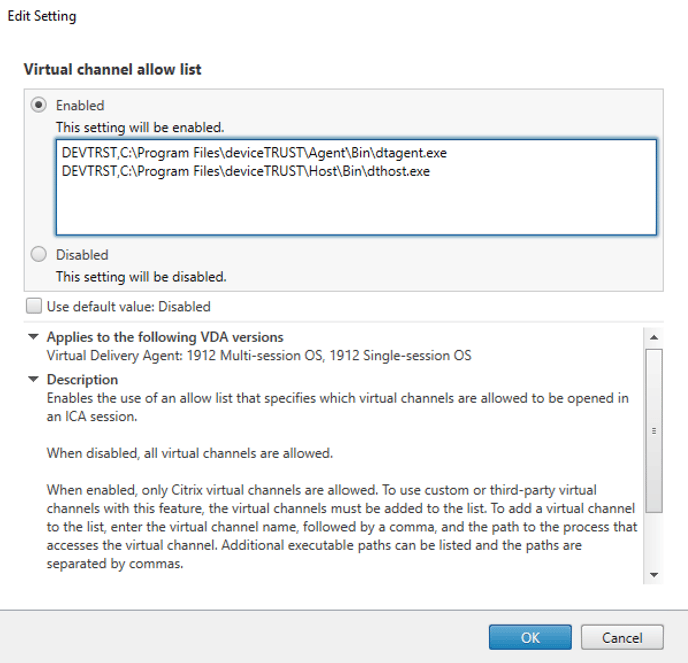 A fallback option would be to simply allow all virtual channels to be established. This will work from a technical perspective. It will however work around the security measures Citrix introduced with the 2109 release. 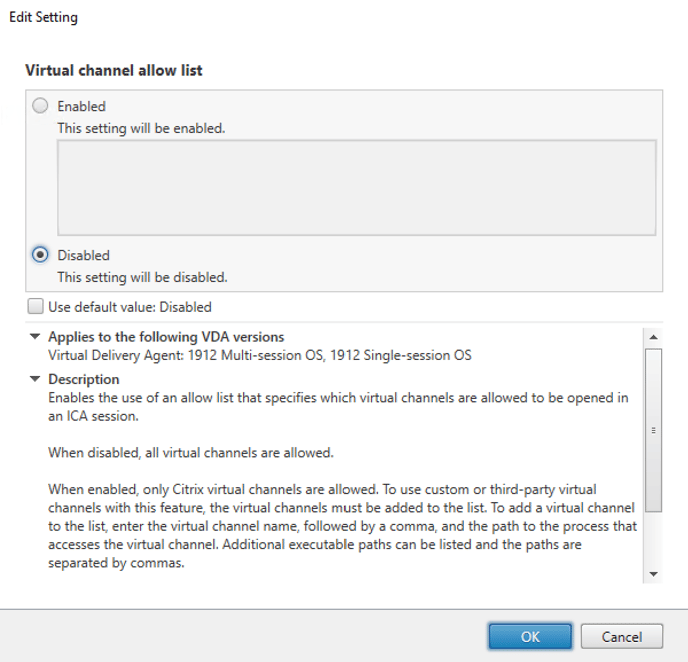